Tigers on a gold leash. 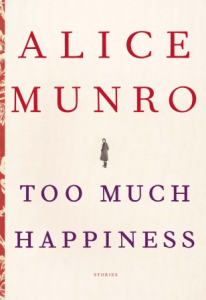 On the day that Alice Munro was given the Nobel Prize, the sixteen-year-old New Zealand pop sensation Ella Yelich O'Connor – aka Lorde – performed live in the Q studios on CBC Radio. I'm thrilled for Alice Munro, obviously. But honestly, I was more compelled by the Lorde interview. Listen to it here. Her voice doesn't sound like a pop star's, does it? She's soft-spoken, thoughtful, mysterious, curious. She is beautifully – and quietly – sure of herself. Her voice gave me serious pause. This is the rare, confident voice of a teenager who makes art the way she wants, because she doesn't care what anyone thinks. She's not defensive, she's not self-effacing, and she's not aggressive.

(For Francesca Lia Block fans – I know you're out there – isn't Lorde like a Kiwi Witch Baby?) 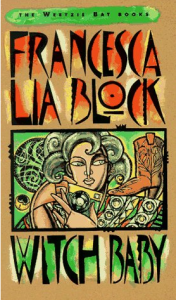 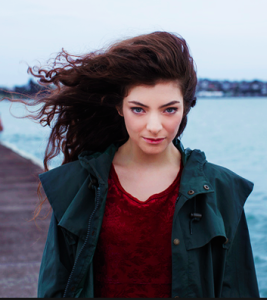 This girl was trying to write short fiction like Raymond Carver when she was twelve years old!

About nine minutes into the interview, Jian Ghomeshi asks her when she knew that her song, "Royals," was a big deal. Here's how she responds:

"Well, I thought it was cool. I think if you have enough faith in something, then other people's faith just kind of… I don't know. I have a pretty good gut, and when I like something, it tends to be okay."

She laughs, and peppers this profound comment with a few "I don't knows," which makes her actually sound like a 16-year-old. Which is weirdly reassuring. A little later she says:

"If I think that something is cool and no one else does, I'm still going to think it's cool. So I'm not really stressed out about, you know, what other people think about the music that I make."

Read that sentence again, but picture Alice Munro saying it about the stories that she writes.

Now read it again, and picture yourself saying it about what you're working on right now.

If it helps, picture yourself at sixteen years of age:

You're wearing that army-green coat with the hood that's too big for you. You're sitting in the park, alone on a swing, digging your sneakers in the sand. You were listening to your Walkman as you walked here but the batteries died so now it's just quiet. The sun is setting over the houses and the trees and you don't have to be anything for anyone right now.

Now ask yourself: what do you think is cool?

Great news: that quiet teenager is still you. You are still just as unique, cool and brave as she is. But the awesome thing is that you're so much older now. So. What do you feel like writing?

What if you used your talent, practice and experience but wrote with the energy of that sixteen-year-old?

What if you wrote with honesty, curiosity and excitement?

What if you wrote like a teenager who doesn't care what other people think?

By Sarah Selecky
Under Writing Advice
3 min read
What is the shape of a sentence?
In the Spotlight: Steph VanderMeulen
Like

YES. Thank you for pumping up my inner 16 year old. :) & for introducing me to a fantastic female vocalist that my five year old (going on 15 ) will adore as much as I do. Your words ring so true. I went through a bit of a slump after getting some recent agent rejections on my manuscript, but basically, it's exactly what you say that helps lift me out of it. I like it. So there, right? :) big love & many thanks for your offerings. xo
Read more
Read less
Like Reply
Erika
Oct 29, 2013 10:32am

Dear Sarah, I love your work. Your emails, your prompts, your website, your ideas. I'm Toronto -born, living and working in Newmarket, and just recently returned to the written word. I am unabashedly a fan of young adult fiction and was tickled pink to read your blog today linking Alice Munro and Lorde. I just saw a fabulous burlesque show at Revival on Sunday and one of the songs they used was Royals. I have fond memories of reading Alice Munro in high school and am thrilled for her. I teach grade 6-7 and am doing Nanowrimo with them in November. Thank you for addressing my inner spirit of youth and vitality, wonder and mystery. I am no longer ashamed of failing to grow up.
Read more
Read less
Like Reply
Kristin Offiler
Oct 29, 2013 11:04am

How cool is she?! I love young people who are wise and self-assured. It's a great reminder to value our personal taste and create things we like, regardless of what other people think. Think I need to bookmark this post to come back again and again! Thanks, Sarah!
Read more
Read less
Like Reply
shannon
Oct 29, 2013 02:33pm

Well I'm not so sure I've been writing like a teenager who doesn’t care what other people think but I know, for sure, that last night I behaved like a teenager who doesn't care what other people think! After a maniacal drive across town I burst into the Vancouver Public Library 46-minutes late and found a room filled with with the excited energy of a community of readers and writers. I excitedly (and hopefully) said to the greeter 'they haven't started yet?" ... she said "Ummm. No. Its over". I missed every single reading but still left with a teenager-ish smile and a book signed by the famous Sarah Selecky. So nice to briefly meet you in-person and congratulations on your newest piece of work!
Read more
Read less
Like Reply
Julie Prescesky
Oct 30, 2013 06:09pm

Sarah, great post, as always. But. But. Summer? I thought the Little Bird Contest is in March. I don't want to wait all the way until summer! :)
Read more
Read less
Like Reply
Sarah Selecky
Nov 11, 2013 09:20pm

Hi Margaret! Oh, summer will be here before you know it. I just need a bit more focused writing time in early 2014, that's all! Besides, there's been a *very* exciting update to the Little Bird Contest that I'll let everyone know about next year. All I can say now is that it will be WORTH THE WAIT. xo S
Read more
Read less
Like Reply
Margaret
Nov 12, 2013 09:44am

I didn't know who Lorde was except that I remembered her name from this post... fast-forward to yesterday and I'm watching a video online "Sad Clown with the Golden Voice" and I'm BLOWN AWAY. First, his voice is amazing, and second, the song's terrific. My wife walks up behind me and goes, "That's 'Royals' don't you know that? They play it on the radio constantly!" Did not know that. We then found Lorde's video on YouTube and compared the two: quite different! If you're interested in hearing the "Sad Clown with the Golden Voice" cover "Royals" by all means click here (4th video down): http://spinsucks.com/social-media/gin-and-topics-sad-clown-and-wicked-dance-moves/
Read more
Read less
Like Reply
Sarah Selecky
Nov 28, 2013 11:17am

Stephen: I just watched the video. WOW! Thank you for posting the link here!
Read more
Read less
Like Reply
Ethel
Apr 30, 2015 10:00am

Awesome,i like that it encourages me to be me in world where everything is becoming so standardized. Simplicity is best.thanks.
Read more
Read less
Like Reply