A Daily Prompts subscriber recently asked me what I meant by "scene." What exactly, she asked, should be in one? I've thought a lot about her question. Here's the truth: you can spend a lot of time thinking about what you should put into a scene, but that's not the most important question. But before I get into today's tutorial on scene, I have a special announcement to make:

The winner of The Story Intensive Scholarship Prize is Charline Poirier, from Stamford, Connecticut!

Every writer who submitted to the Little Bird Contest was entered in a draw to win a full scholarship to The Story Intensive. Charline's full scholarship includes The Story Course, which she can get started on right away. In September, when The Story Intensive starts, she'll be diving into a full semester of guided writing instruction. She'll be working in a small class, led by one of my talented TAs. And before the end of this year, she will finish a brand new short story.

What should be in a scene?

A scene is a place where something happens. That's pretty vague, I know. But with vagueness comes freedom! A scene can contain dialogue, setting, exposition, characterization... whatever you want. The best scenes contain images: sounds, smells, tastes, textures, colours and shapes. Whatever you put in a scene, use your senses to describe it.

But it's much more important to understand what shouldn't go into a scene.

No matter what you put into your scene, no matter how detailed and vivid you make your images, if you explain them, mediate them, filter them, or otherwise get in the way when you write them down, you will dilute their power. 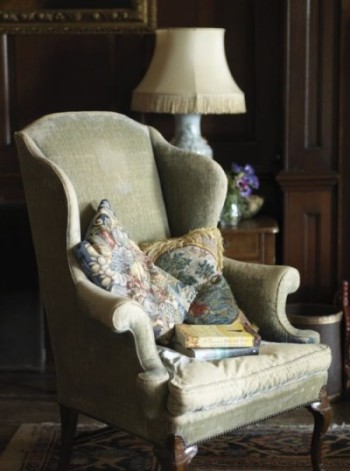 In your scenes, remember that the images themselves are doing the work. Images bring their own meaning to the page. They're already important: you don't have to make them important. Seeing what you see and writing it clearly is enough. Meaning exists because you write it down.

You don't have to make meaning happen.

Try to keep explanation out of your scenes. Allow your observations to be clean and clear on their own. Write your image down as accurately as you can. Pay attention to the details that stand out for you, but don't worry about why they stand out. Write the thing down, and then step away from it. Let it reverberate on its own.

If you tend to explain your scenes when you write them (let's be honest: who doesn't?) try this exercise to practice letting go of that habit. This is a satisfying technique that will make your scenes feel more alive at once.

Here is an example of a scene that tries to explain too much:

I knew I wanted to rest but something in my body resisted taking a break. I realized this when I saw the chair in the corner. I made myself sit down and look out the window. I saw a yellow car through the window.

I worked through this exercise with one of my Lemon Tree writers and witnessed her aha when she finally got it.

Rewrite these four sentences, I told her. Let the scene you write be the consciousness itself.

It's harder than it sounds. Writing unmediated scenes means leaving your consciousness and entering that of your narrator. You may feel like you're out of control when you do this - that your words aren't directing an experience the way you're used to. You need to enter language from backstage.

This is what she wrote on her first go:

Her body was tired and the chair looked comfortable. She did not have any will left to resist the urge and the chair beckoned so loudly. She slumped into it and stared out the window, into the empty street with the yellow car.

Not bad. The final sentence, with "slumped" and that empty street, is definitely an improvement. It evokes a feeling. But let's look at the first two sentences: those are mediated. She's still in there, directing and explaining the scene.

Remember: you're not writing a report when you write a scene. You're creating consciousness.

How does it feel to "not have any will"? What does "tired" feel like? How can a writer show these feelings instead?

I pushed her. What does "comfortable" mean? I asked. What does it feel like, look like, sound like? Can you create an experience, using words, that evokes 'comfortable' without saying it, so the reader feels it instead of being told?

This is what she said:

There are pillows on the chair. The pillows are covered with tapestry. There are hunting scenes in the needlework.

Those pillows - and the details she saw in them - have a meaning all their own. And they do so much more than show "comfortable". They're mysterious and real. They show us who the narrator is, and tell us something about her tiredness. Right away my mind began to pick up clues and ask questions: Why the handmade pillows? Why hunting scenes, in particular? Hm: curious.

This is what is meant by "show, don't tell."

What should be in a scene? Anything. Just make sure that it's honest and real. And try your best to get out of the way.

Feel the feeling. Go to the scene in your body. Let yourself not know what's there, or how you're going to write it, and be curious. Then write the details of what you observe. Stay out of explaining it.

Let the scene do the work. Write down what you observe, and stop meddling with it already!

ps. To learn more about writing vivid, unmediated scenes, sign up for The Story Course. I dedicate a lot of time to this in the course. And if you'd like guided instruction on your own scene writing, enroll in The Story Intensive!

By Sarah Selecky
Under Newsworthy
6 min read
The 2015 Little Bird Contest Winner!
Don’t expect a cathedral. Expect a brick.
Like

Excellent exercise, thanks Sarah, for another worthy post! x And congrats to the Little Bird Story winners - the cover is GORGEOUS, and to the winner of the SSM Intensive - you're in good hands Charline - a beautiful course.
Read more
Read less
Like
Reply over 7 years ago
Hortense

Hi, Sarah! I loved this exercise when you gave it to us at the Lemon Tree House Writing Residency last month. It was exhilarating to feel the lift of unfiltered writing. Thanks for that.
Read more
Read less
Like
Reply over 7 years ago
Suzanne Robinson

Very powerful exercise. got me revved up to get back to a stuck spot in a story I'm working on.
Read more
Read less
Like
Reply over 7 years ago
Elle

But...I love good telling. This is an effective and important exercise on showing, but telling can be awesome too! Often I read because I want to hear what the characters' thoughts mean to them. I like feeling like a confidant. I'd love to see a post on how to tell well because I do think good telling is as valuable as good showing. The House of Mirth is a tremendous novel (to me, anyway), and there's more telling in that thing than at a novice poker tournament, but all the telling creates knowing.
Read more
Read less
Like
Reply over 7 years ago
Barbara

Sometimes I've been able to write your scene suggestions into a story I'm already writing. But sometimes I take the prompt and write a short story, some flash fiction, from it. I have almost enough for another book to post on Kindle. Thanks for this further insight into your 'scene.'
Read more
Read less
Like
Reply over 7 years ago
Miranda Morris

What a great exercise Sarah - a really important reminder of what I learned in the Story Intensive. Somehow it feels much easier to do it from your paragraph than from one of mine! This is definitely one to head my warm up list.
Read more
Read less
Like
Reply over 7 years ago
Carol

Thank you Sarah for the wonderful explanation, with exercise, of what goes into a scene. This is something I'm going to try this afternoon!!
Read more
Read less
Like
Reply over 7 years ago
Sarah Selecky

Hi Hortense! Thank you - I love it, too.
Read more
Read less
Like
Reply over 7 years ago
Sarah Selecky

I agree! Thanks, Elle. When written deftly and with intention, exposition can be phenomenal - and because of voice, exposition can characterize and describe as well. When exposition is a default, though, and if it's *not* done well, it can be tiring to read.
Read more
Read less
Like
Reply over 7 years ago
Sarah Selecky

Ha ha, I know! It's always easier to see it in someone else's writing. Thank goodness for our kind readers and editors.
Read more
Read less
Like
Reply over 7 years ago
Sarah Selecky

Great, Carol! Let us know how it turns out.
Read more
Read less
Like
Reply over 7 years ago
Sarah Selecky

This tutorial is wonderful! Thank you for taking the time to post it and for walking us through the example. Seeing the "don't do" version was just as helpful as the ending description of the pillows.
Read more
Read less
Like
Reply over 7 years ago
Priya

Good exercise. I'm so guilty of explaining and telling. I often use the verb think in my writing. Any idea how I can let the character think without using the word thought over and over again.
Read more
Read less
Like
Reply over 7 years ago