Let your writing burst into flame.

Ten years ago, I created a different kind of writing course: one that loves writers.

I wanted to show you how to write with confidence and magic, with practical skills you’d use for the rest of your writing career.

I made sure each lesson was drenched in comfort and care, and respected your intelligence, autonomy, and sensitivity.

You can learn how to be a great writer without breaking yourself in the process.

Today is launch day for the 10th anniversary edition of the Story Course.

I’m proud to say that this course has been helping writers get published for the past decade. It works. Today, I’m pleased to present you with this new edition. It’s even better.

If you want to write, you should write.

Stories are our witnesses, protectors, and guides. They can heal broken hearts and release old dreams, teach us how to build new worlds, and make us feel empowered.

To celebrate our 10th anniversary, I invite you to read about Sarah Meehan Sirk, an author who set herself a daunting challenge at the age of 38 — to publish her first book before she turned 40.

What did she accomplish in those two years?

She took the Story Course.

Then she got a two-book deal with a major publisher.

Read about what happened in between, below.

Do you have a writing goal? Are you unsure of how you’ll accomplish it?

The Story Course will help you unlock the stories you never knew you could write.

“They’re not all good days, but the good ones have kept me coming back to the page, because now I know that the burn I’ve always had can, sometimes, burst into flame.”

I’ll never forget that call from my agent. Weeks before, she’d submitted my manuscript to the big publishing houses and told me not to hold my breath. Getting a deal for a debut collection of unlinked short stories from an unknown writer was anything but a slam-dunk. We’ll try the big ones first, she’d said, and then we’ll move on from there.

I was on my second maternity leave from a demanding job as a producer for a national radio show. I had a five-month-old and a two-year-old and had been writing for years in stolen hours and evenings and on holidays, with hiatuses in between because life gets hard and I got blocked and drinking wine with pals felt better than staring at a blank page at 9pm. My goal was to publish a book before I turned 40. I was 38.

I’d always felt the burn to write but didn’t start pursuing it seriously until I was in my twenties, when I signed up for a bunch of continuing-ed writing courses, certain I’d astonish my instructors with my blazing talent. I did not. I formed a writing group with a couple of other students whose raw prose scraped the marrow of truth in ways mine didn’t. They’d found their voices. Mine was still buried in polysyllabic words and a desire to prove I was smart. And yet they once predicted that, of all of us, I’d be the one to publish. And only because, they said, I’d keep at it. They were right.

I wanted to do an MFA (I really did) and years later while working abroad, I was accepted to a program in the UK. But by the time I was to start, my feet (and heart) were firmly back in Toronto. Soon the demands in my life made me feel like doing an MFA anywhere was just not an option. The inner and outer voices of resistance were unrelenting: This is not practical. This is not what grown-ups starting families and living in the real world are supposed to do. But the resistance was like gas to my fire, and the burn got brighter. Maybe I wouldn’t do an MFA. But I wasn’t going to stop.

Soon after, I enrolled in the Humber School for Writers correspondence program and was pushed to new limits by my mentor David Adams Richards. He showed my work to his agent and I signed with her agency the same week my radio team launched a show that would devour huge swaths of my time. And then I got pregnant.

A deluded version of myself believed that maternity leave would mean more time to write. It did not. After months of anxiety and sleep-deprivation and tsunamis of love and heartbreak, a friend gently told me about Sarah Selecky’s course. She said it was compassionate and encouraging, and I could do it in my own time. I cried, and then I signed up. It was all the things she said and more, and through the coursework and readings, and with the support of a new writing group, I wrote in small bursts while my son napped and began to find my bearings again. In time, I finished enough stories to make a collection.

I was curled in a ball with my forehead on the rug when my agent called that day. She told me multiple editors were interested. She said one of them wanted to talk to me that afternoon, to convince me that I should sign with her. I started to shake. My husband started to film. The next day that editor sent an offer for a two-book deal. My feet did not touch the ground for a month. 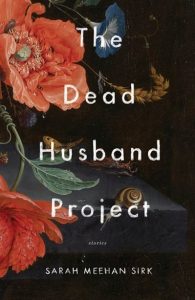 My first book came out exactly two months before I turned 40. It got a lot of coverage and the reviews were great and I nearly cried when I’d see it on the Staff Picks shelves at bookstores. My friends sent cards and bouquets and threw parties. It was wonderful and I’m grateful for every moment of it.

And then life went on. The flowers wilted, the buzz died down, I was not a celebrity nor a millionaire. The minute-to-minute demands of work and life with toddlers bumbled on in its hectic and unpredictable way. I was fortunate to be able to take some time to be with my kids and to write, but shifting gears between the two wasn’t easy, and the novel was daunting. After all that work and all those years, I felt humbled and disoriented.

But I kept writing. I keep writing. There are good days — productive days, when the juices are flowing and my fingers are tapping and transcendence is near! — and some really not-so-good ones. The good days have been a grounding force through the profound struggles of the pandemic and virtual-learning (worthy of posts of their own). The good days have propelled me through to the end of my novel (after many false starts and being sent back to the drawing board.) They’re not all good days, but the good ones have kept me coming back to the page, because now I know that the burn I’ve always had can, sometimes, burst into flame.

Sarah Meehan Sirk is a writer, radio producer, and broadcaster. She is the author of The Dead Husband Project (Penguin Random House), and her short fiction has appeared in The New Quarterly, PRISM international, Room, Joyland, and Taddle Creek, and is anthologized in The Journey Prize Stories. She lives in Toronto with her young family and is working on her first novel.

By Sarah Selecky
Under Newsworthy
7 min read
Are you Pointy With Intellect?
A pep talk from a friend.
Like

Thank you so much for sharing your journey with us, Sarah! Your honesty is encouraging and your style is compelling. Some of the details of your writing journey were so familiar. Congratulations and I wish you continued success, every way you define it!
Read more
Read less
Like
Reply almost 2 years ago