I’m thrilled to announce that the judge for the 2017 Little Bird Writing Contest is none other than Esi Edugyan, author of Giller Prize-winning novel Half Blood Blues.

Reading Esi Edugyan is a somatic experience. She describes the sound of jazz music so it runs through you, becomes part of you, and affects your body and mind at once, the way music does. She uses metaphor to bend language and reality like a magician, which feels both disorienting and transformational. She's an artist! (If you don't already know her work, keep reading this post to experience some of what I mean.) 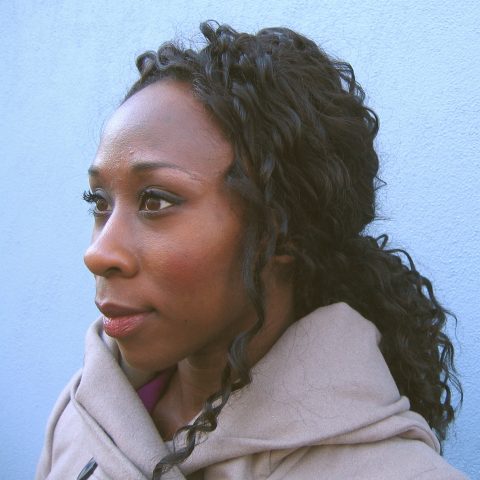 Esi Edugyan’s second novel, Half Blood Blues, won the 2011 Scotiabank Giller Prize for Fiction, as well as the Ethel Wilson Award, the US’s Hurston-Wright Legacy Award, and the Anisfield-Wolf Prize for Fiction. It was shortlisted for the Man Booker Prize, the Orange Women’s Prize, the Walter Scott Prize for Historical Writing, the Governor-General’s Award, and the Rogers Writers Trust Prize. She has read her work in festivals all over the world, from South Africa to China, and has attended residencies in Scotland, Iceland, Budapest, Germany, and Belgium. In 2014 she published her first nonfiction book, Dreaming of Elsewhere, a meditation on the relationship between home and belonging. She has taught in universities across Canada, and is at work on her next novel, Washington Black, which will be published in September 2017. She lives in British Columbia with her family.

Put this date in your calendar:

This is your chance to call in and listen to us chat about writing—and your chance to ask questions! You can ask Esi about writing practice, revision, titles, character names, historical settings…any and all of your writing-related questions. She’s the one who will be reading your contest entries (pretty amazing, I know), so it’s an incredible opportunity to learn from her before you submit your story.

The Little Bird contest opens on April 4, 2017. Here’s a little advice from Esi to get you started:

“Everyone's process is different. Trust what works. I often begin each writing day by editing what I wrote the previous day—as a way of climbing back inside the work and building momentum.”

“Do not wait for "inspiration" to strike—you will write nothing. Inspiration always comes at the wrong times—when you are driving, or cooking dinner or folding clothes. You must carve out some inviolate hours for your writing, and stick to them. Even on the days you are feeling least inspired, you might find yourself with something written, in the end. And if you don't, at least you have put in the time to think and figure things out, and this, I would argue, is just as important as getting words down.”

An excerpt from Esi’s award-winning novel, Half Blood Blues:

The rest of us come in behind him, and I tell you, it ain't took but a minute for me to understand just what kind of player this kid was. He sounded broody, slow, holding the notes way longer than seemed sane. The music should've sounded something like a ship's horn carrying across water—hard, bright, clear. But the kid, hell, he made it muddy, passing his notes not only overseas but through soil too. It sounded rich, which might've been fine for an older gate but felt fake from him.

The slow dialogue between him and us had a sort of preacher-choir feel to it. But there wasn't no grace. His was the voice of a country preacher too green to convince the flock. He talked against us like he begging us to listen. He wailed. He moaned. He pleaded and seethed. He dragged every damned feeling out that trumpet but hate—a sort of naked, pathetic way of playing, like he done flipped the whole thing inside out, its nerves flailing in the air. He bent the notes, slurred them in a way that made us play harder against him. And the more we disagreed, the stronger he pleaded. But his pleading ain't never asked for nothing; just seemed to be there for its own damned sake.

In a weird way, he sounded both old and like he touching the trumpet for the very first time.

This is the writer who will be reading your submissions. I know—I’m as floored as you are.

Now: if you haven't written a story for the contest yet, this is the time to do it. Open your writing practice notebook or the file where you keep your bits and pieces from the Daily Prompts. Scan your pages for something that has energy for you, something that makes you curious.

Start a new document. Experiment! Take a risk! Let your story show you what it can do. The contest word limit is 2,500 words. So doable.

By Sarah Selecky
Under Newsworthy
5 min read
Freedom, a Valentine’s Day writing date, and a mini-sabbatical.
Lady Luck favours the one who tries.
Like

Okay, I'll admit I had to look up "somatic"! Still, that's one helluva'n excerpt. Rich and real. Crackles through the body.
Read more
Read less
Like
Reply almost 6 years ago
Sarah

Ha ha! Steve, I admit: I looked it up myself to make sure I was using it properly!
Read more
Read less
Like
Reply almost 6 years ago
The Little Bird Writing Contest 2017 (Canada) | Seawoman's Caribbean Writing Opps.

[…] Little Bird Salon so that you can benefit from what they have to say. This year’s judge is  Esi Edugyan, prize-winning author of the prestigious Giller […]
Read more
Read less
Like
Reply almost 6 years ago