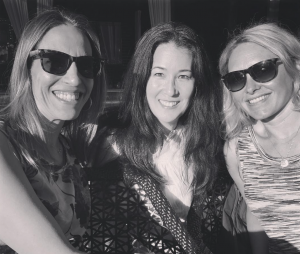 I went with Christina Cha and Tara Bragg, two of our Story Intensive TAs, and it was absolutely wonderful to connect in person.

The sunshine, the green juice, and the weird magic of Los Angeles made the crowds feel more… fun.

This year, I was there to represent Story Is a State of Mind.

SSMind isn't an idea, anymore. I know this shouldn't come as a surprise to me, but you know this online "thing" I created? It's a writing school.

Story Is a State of Mind is an engaged and intelligent community of writers who do meaningful work together.

We have graduates publishing their stories and novels.

We are affecting the literary landscape in a real way.

I'm proud of SSMind. I'm honoured to be a part of it. I want to keep giving our school what it needs to shine, because writers really need it.

This is what I came away from this conference knowing, like ground knows gravity:

Story Is a State of Mind is special. There is nothing else like it.

It's not that this is news or anything, I know. It's just that being at AWP gave me a new perspective. It's hard to quantify a digital community -- it's immaterial.  By its nature, it's shapeless, weightless, and mostly invisible. It works in the dimension of consciousness, creative ethers, magic, and electromagnetic energy. And the AWP Conference put our school into context.

It showed me a new, clear reflection of our school, within that context.

On the flight back, while writing notes about the weekend, I realized that the Story Is a State of Mind community actually includes more writers than were present at the AWP conference itself.

I honestly don't know how to process that. It feels appropriate to high-five you, and all of the other writers reading this, right now. High-fives!

I will keep giving you what you need in this unconventional creative writing school, so you continue to feel met, supported, challenged, and instructed.

With beauty. With colour, music, and white space. With joy.

And no fluorescent lights!

Here's to your beautiful writing practice.

Tara, Christina and I took copious notes from our weekend at AWP. There was so much to digest! I put together a few highlights: 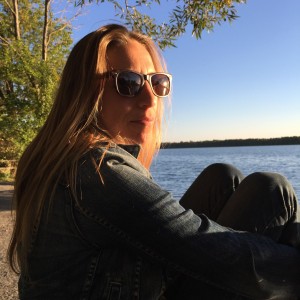 from Susan Orlean: "Writing is a magical process, but it's useful to demystify it as much as you can."

"You have to convince yourself that your perspective should be heard, so you don't get into the trap of 'why would anyone care what I say?' I've made a choice to be a storyteller. This is not based on my authority of knowledge, but my choice to be a person who tells stories."

Susan Orlean's toolkit (what to do in case you're stuck):

"Remember that you got into this because you loved to play. Remember playing with Barbies and GI Joes? Writing should feel like that."

"The crappy stuff we write is the grease upon which the good stuff slides out."

Melissa put together this cool list (you can download it and print it out): Writing Strategies in case of Writer's Block

"Write about whatever you want. Don't wait for permission, or a cookie. If you want to write about race, just write with some empathy."

"Separate yourself from your writing career. If you don't, you put your self worth in the hands of other people."

"Language is a ritual that we perform, but it's an invisible language -- a bloodline that connects us to our ancestors. It's living, very alive, expressing itself through us."

"The book is a collaboration between author and reader. I don't think about this when I'm writing it, though -- that would be dangerous."

from Kelly Link: "In universities there is a discomfort around genre/category. But this is a great time to be writing, because there's a lot of blur right now."

"There's often a lot of energy in the places in a story or novel that are a little weird." 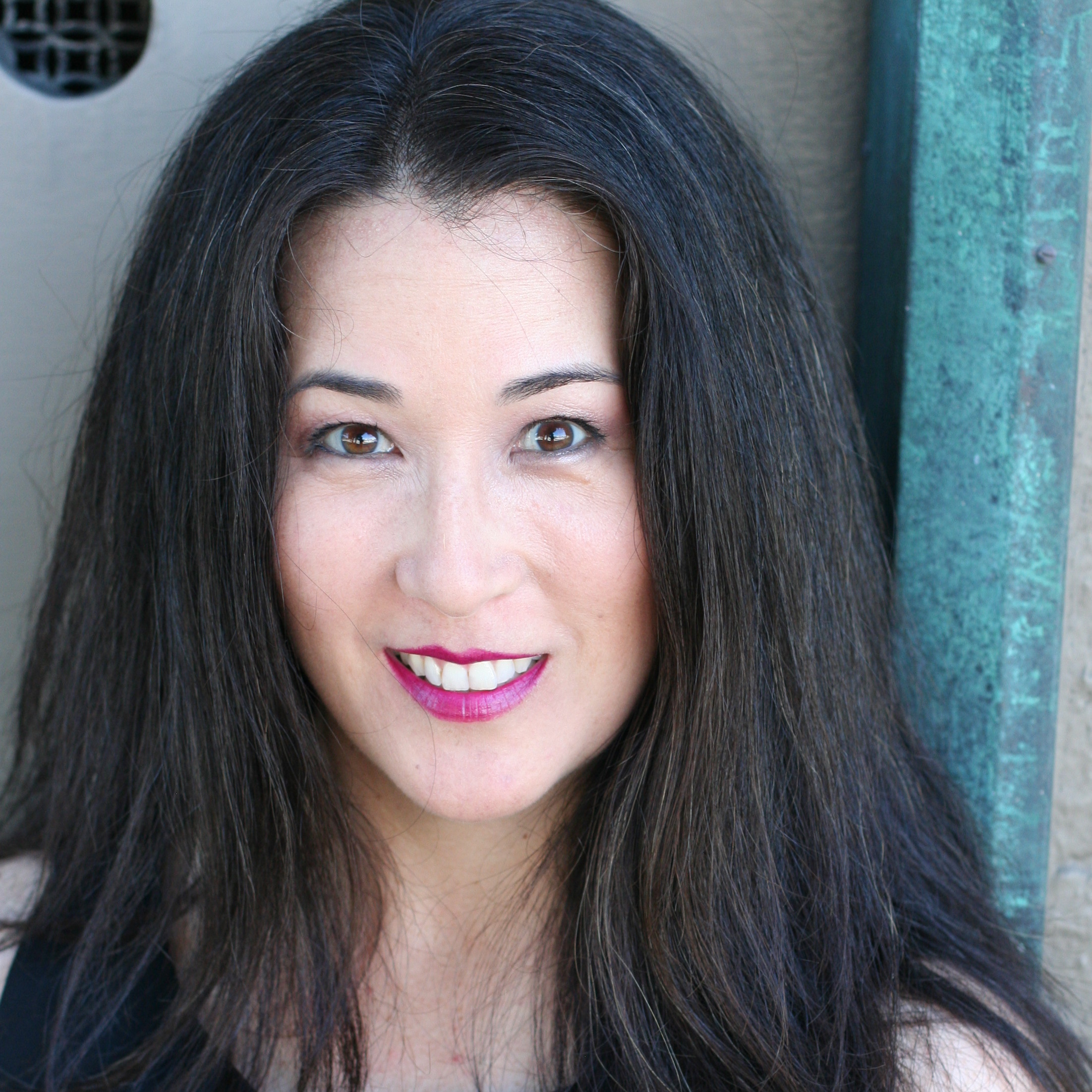 I was surprisingly stimulated by being around 12-20,000 writers. I did not collapse into a silent and staring introverted blobby mess, as I feared I would, but felt awake and curious and energized. I would love to go to another AWP.

I was also surprised by how much relief I felt at not having to explain what I do, justify calling myself a writer, receive unhelpful “story ideas,” explain what short fiction is or “what kind of stories I write,” or answer the question, “oh, are you still writing?” I did not realize how much energy this consumes! So many times when I accidentally caught another writer’s eye, they would give me a tribe-smile. So sweet, especially from the young women writers.

I got a very strong and flirty version of this from someone that may or may not have been Andre Dubus III. That it still gives me a flutter even though I am not certain it was him says something about the unreality of fame and where it lives. I used to get mistaken, regularly, for Brenda from BH 90210, (back when I had bangs), and because I went to the school where they filmed 90210: The College Years. They knew I wasn't her, but they really, really wanted me to be her, and they would cluster and giggle and stare anyway.

Next AWP: Do NOT go to the Bookfair on day 3 when the collective overwhelm meltdown begins. Or do go, if you want to see and try to talk to people with empty eyes, who are hovering three feet above their bodies. It is also a good time to go if you want to get free lit journals. Writing the Hyphen: How to Explore, Not Exploit, Your Background: with Allison Amend, Carter Sickels, Pauls Toutonghi, Mira Jacob, and Danielle Evans

Build It and They Will Come: Creating a School and Community Outside Academia with Edan Lepucki, Julia Fierro, Sonya Larson, Michelle Wildgen and Jason Koo

What we are doing at SSM with Sarah is even more amazing than I realized. One of the common beliefs about an online writing program is that it lacks the intimacy you can get when you are all sweating together in a room. Sarah, Tara, and I begged to differ. Plenty of sweating, plenty of intimacy. Julia Fierro of the Sacket Street Writers is just starting to branch out into online space. She was a great speaker, and I enjoyed her anti-MFA revolutionary spirit. Sarah would have been great on this panel. 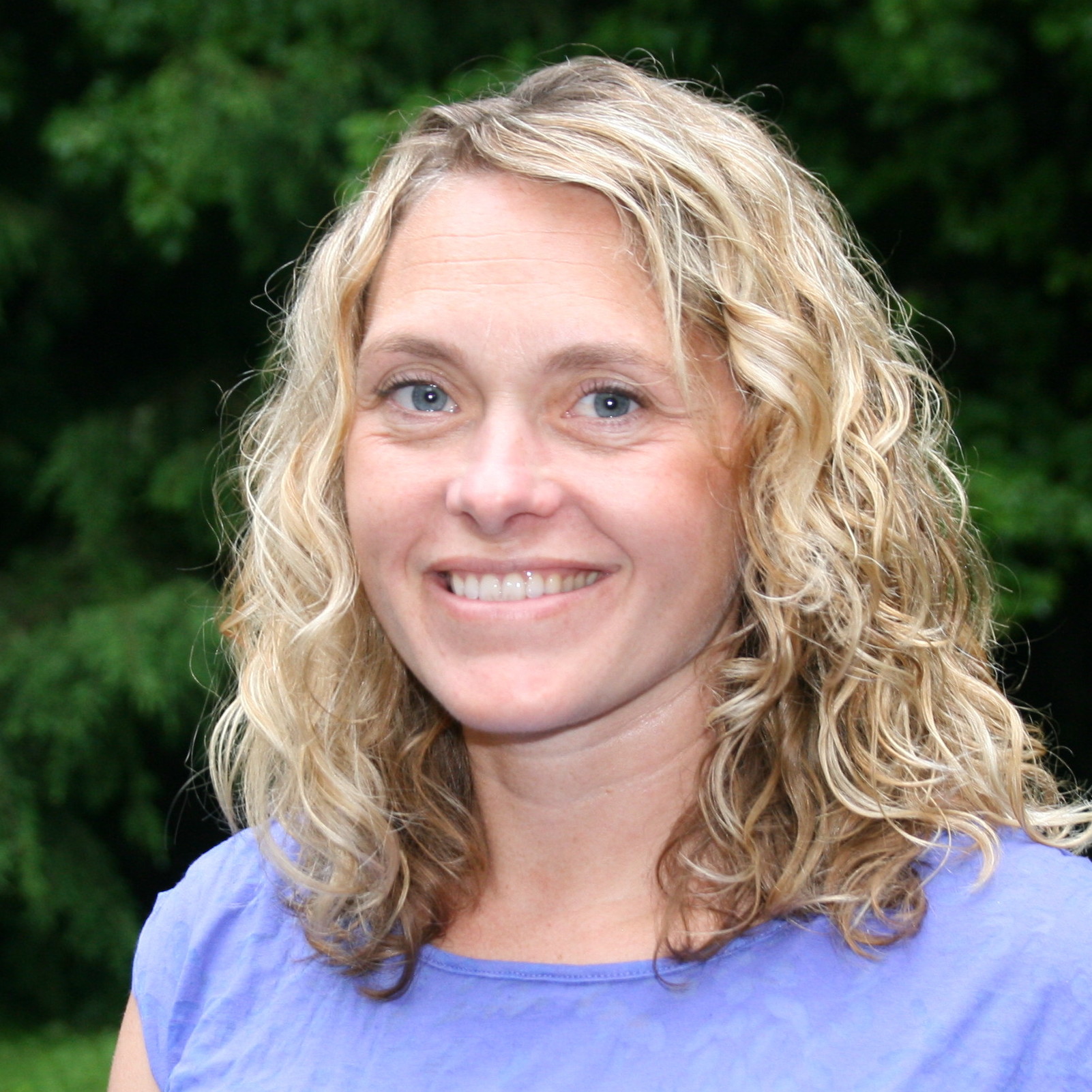 This being my first conference, I was unsure of what to expect (I foolishly read some blog posts beforehand that suggested I shouldn't be nervous — I hadn't even though of being nervous before that!). Of course, there really was nothing to be nervous about — I had an incredible experience.

I was buoyed by the sense of camaraderie and the positivity that permeated all of my interactions. Not one person told me "you can't". It was all "you can" — you can write a novel, you can break the rules, you can be a relevant part of this writing community. It was a warm and inclusive feeling, and I am still using it to fuel my creative fire weeks later!

Writing Around the Block: How to Keep the Words Flowing with Susan Orlean, D.A. Powell, Dolen Perkins-Valdez, Melissa Stein, and Christopher Castellani

Panelists’ views ranged here from those who embraced “block” as a part of the creative process, to those who found ways to “power through” it. Here are a few of my takeaways:

Build It and They Will Come: Creating a School and Community Outside Academia with Eden Lepucki, Julia Fierro, Sonya Larson, Michelle Wildgen, and Jason Koo

Smooth Criminals: What’s at Stake When We Break the Rules with Juan Martinez, Susan Hubbard, Robin Rozanski, and Julie Iromuanya

Are We There Yet?: Revising Toward a Finished Draft with Benjamin Reed, Michael Noll, Michelle Brower, Rachel Yoder, and Caroline Casey So, this panel did not have a magic formula that would allow a writer to know when a piece is completely finished (sigh), but there were several great suggestions to help you get there on your own.

Kelly Link, Emily St. John Mandel, and Ruth Ozeki: A Reading and Conversation Honestly, I took no notes at all here, I simply sat back and enjoyed these readings and the subsequent conversation. A couple of things did remain with me, though:

Thanks for making room in your luggage for bringing back these gifts! I'm seeing some recurring advice here (being fearless about breaking rules, letting your drafts cool off, writing for yourself and not others), but the little diamond I like most is this: "There is no such thing as wasted time-- time spent thinking is productive (and necessary)." This is one of those philosophical questions which has vexed me in the past. "If I'm not physically sitting with pen and paper in hand, am I still writing?" How much of writing is simply imagining, without boundaries? (Tree, forest, one hand clapping, so on and so forth...)
Read more
Read less
Like
Reply over 6 years ago