And the winner is…

I clearly remember the day I received a phone call from Prairie Fire Magazine, telling me my story had won their contest. The call came after work, when I was home from my day job. I was a temp, and I worked in a cubicle. I wrote my fiction whenever I could make time, in the evenings and on weekends. 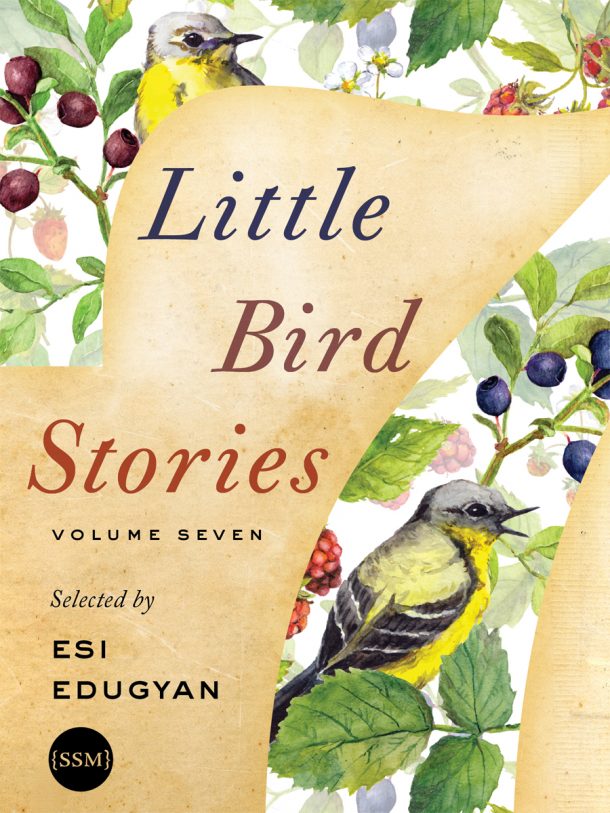 The phone call changed my life dramatically. Not because I quit my job (I didn’t!) but because I felt that my writing had been seen. It was a quiet change, more internal. A writer I admired had read my story and liked it, and that meant a lot.

It was also the first time I’d been paid for my writing.

I just got to make of three of those phone calls myself — to the winners of this year’s Little Bird Contest!

The contest required every story submission to be inspired by one of my Daily Prompts. I’ve always been amazed by the way a writing exercise can yield such wildly different results, when written by different writers. We see this on a small scale in our Writing Practice Sessions. In this contest, though, we see that creative magic alchemy on a much deeper scale.

“How hard it is to write with such fidelity and truthfulness. It can prove even more difficult to accomplish when the story is born of a writing exercise… In the end, the stories I selected answered the challenge put to them even while brilliantly subverting it. They embraced the prompts even while punching against them.”

I’m impressed with all three stories this year. Each one is so different — and all are arresting, enchanting, and charged with energy. Meet the winners below. You’ll also find the link to download this year’s Little Bird Anthology.

Congratulations to every courageous writer who entered the contest. Esi told us that she thoroughly enjoyed reading the entries, and that there was so much good writing in there. True. I always feel good about asking writers to judge our contests, because I know the writing quality is high.

She would have had no way of knowing this, because the contest is judged blindly — but this year, two of the story winners are graduates of The Story Intensive and The Story Workshop. Our graduates are literally winning writing awards!

Every story entry was entered in a draw for a full scholarship to The Story Intensive. This year’s winner is: Shira Musicant from California!

Special thanks to our anonymous Little Bird Patron (you know who you are). Your generous donation of $1000 USD makes this contest a significant financial win for an emerging author.

The character of Stan was born out of a long rumination over an essay, “The Problem of Denial” 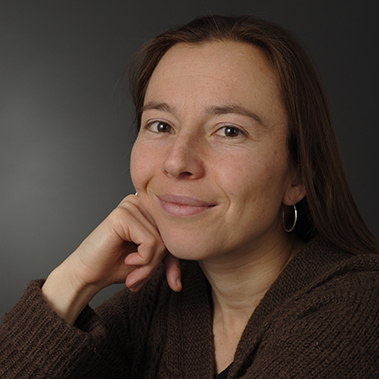 by William R. Catton, in which people who live in denial of environmental destruction are likened to stroke victims who suffer from a condition called “anosognosia” — the inability to recognize their own paralysis. Catton gave the example of a former Supreme Court Justice who was paralyzed on his left side, yet told visitors he had just been kicking a football and invited them to come hiking. This is not a conscious lie, but rather “… a way of coping with an insufferable contradiction that confronts stroke patients; their paralysis is an incompatible, identity-threatening anomaly that contradicts their prior experience of themselves and their milieu.”

So I wanted to write about a character in such denial, and do so with as much compassion as possible. How hard would it be to look back on a lifetime of extracting oil, for which you were financially and socially rewarded, and acknowledge that maybe there was something ‘wrong’ with it? And what if you were facing the climatic consequences directly? I don’t ever wish to be in those shoes. As per the original writing prompt, I imagined a person in that situation wouldn’t be able to laugh too easily.

Ann Cavlovic’s fiction and creative non-fiction have appeared in literary magazines and newspapers including Event, The Fiddlehead, The Globe and Mail, PRISM International, Room, and SubTerrain, as well as the anthology This Place a Stranger (Caitlin Press). She wrote Emissions: A Climate Comedy, which won "Best in Fest" at the 2013 Ottawa Fringe theatre festival. Find her at: anncavlovic.com.

“Pufferman” was one of those stories that seemed to come out of nowhere. I’d been working on a collection of short 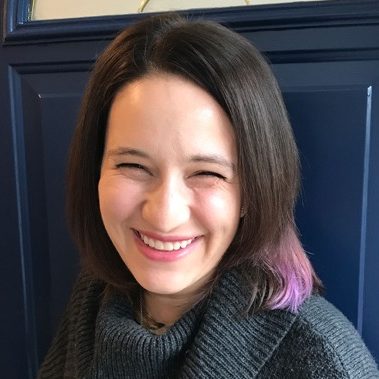 stories that all take place in Thornhill. I knew I needed a few more stories to round it out, but the writing was dragging. I gave myself a month to write four new first drafts, and I turned to Sarah’s daily prompts for inspiration. Write about a character named Puffer, was the prompt for the first day of my challenge. What I loved about writing this story was the change in my energy at discovering a new character who had a lot to say. And to think, I didn’t even realize he was there waiting for his turn.

Sidura Ludwig is a fiction writer living in Thornhill, Ontario. Her novel, Holding My Breath was published in Canada, the US and the UK. She was shortlisted for the Carol Shields Winnipeg Book Award, and her novel was a finalist for the CBC Cross Country Bookshelf in 2011. Her work has appeared on CBC Radio, and in several newspapers, magazines and anthologies.

Carolyn Moore and her story "What You See When"

>> Download and read "What You See When" in The Little Bird Anthology Volume VII. >>

“What You See When” began several years ago with the name Lucy, an image of a monochromatic-blue photograph and a man 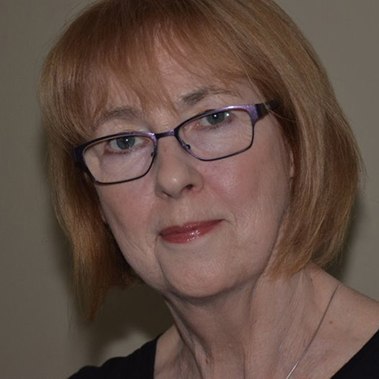 seated in a classroom. From the beginning, I sensed a kind of anxiety in the man who was narrating the story. The first page has remained relatively unchanged throughout its many drafts. The rest arrived in pieces. The story would tap me on the shoulder. I would add a scene here, play with the wording and imagery there. Yet I never felt as if I had caught the story that was asking to be told.

Writing a story is often like putting together a jig-saw puzzle. Until you find that missing piece you haven’t got the whole picture. The ‘daily prompt’ asking to write “about something that used to fly but doesn’t anymore,” was the missing piece that inspired the trajectory of the narrator’s character. I suddenly had the why.

On the morning of this contest deadline my story was close to 500 words over the eligible word count. Three hours to deadline I summoned courage, sat down and ruthlessly began cutting.

Thanks go to writing colleagues, especially those in recent Story State of Mind programs with whom I shared the later drafts. Without such generous encouragement, I might never have summoned the courage and this story might have remained grounded.

Carolyn Moore was born and raised in Nova Scotia where she listened carefully to all the stories around her, made up some of her own and concluded she would, one day, be a writer. After moving to Ontario, she worked for many years in communications and public relations, writing mostly education and corporate materials between meetings. She read a lot of fiction, attempted some stories of her own, left them idling, and attended a great many writing classes. Her freelance features have appeared in regional life-style magazines and national publications. “What You See When” is her first published fiction.

By Sarah Selecky
Under Newsworthy
7 min read
How to connect to source.
Creative writing can be taught.
Like

The cover of this year's anthology is BEAUTIFUL! Congratulation to this year's winner and runners-up!!
Read more
Read less
Like Reply