Rosie is still one of my favourite characters.

Today is the final installment in our “Where are they now?” guest post series. My hope is that reading these features is helping you feel galvanized and readied for the contest deadline! Yes?

Submit your story to The Little Bird Contest by May 4th. [Note: The 2017 Little Bird contest is now closed. You can read the winning stories here.] Go on. Show it to Esi Edugyan. Why not? You might not have the certainty that it’s perfect — I rarely feel that way about anything I’ve written — but if you have the feeling that you’ve written something interesting, and you’ve done your best with it, I hope this series of posts inspires you to submit it.

Today, we feature Susan Carpenter, from Calgary, Alberta! Neil Smith chose her story, “The Other Rosie” as a runner up in our 2015 contest, and you can find it in Little Bird Stories Vol. 5.

Since placing in that contest, her writing has been nominated for even more awards! I’m pretty proud to feature her today. When I ask her why writing is important to her right now, she gives an answer that is illuminating and charged for everyone, especially women. 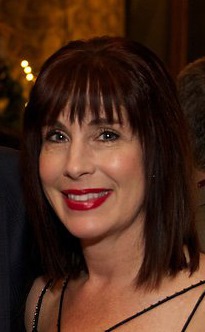 What led you to submitting to the Little Bird contest?

I took Sarah’s self-directed Story Course and received her daily writing prompts. I had decided to enter contests to give myself deadlines to produce more stories and to practice everything that I learned.

Did you know, after doing the Daily Prompt that day, that you had created something exceptional?

I knew that Rosie was a special character that came fully formed with a unique voice all from Sarah’s writing prompt: "Write a scene that starts with the line, 'Don’t you want to look sophisticated and elegant?'" Then I just had to figure out what made Rosie who she was: a sassy but innocent woman with a girl’s mind.

For me, sometimes a good story starts with a snippet from the news, a tragedy that I need to write about to understand, or an interesting person or odd situation. With Sarah’s writing prompt, I felt the protagonist was mentally challenged, yet wiser and deeper than others gave her credit for. She had lived through a tragedy and was an inspiration. Rosie is still one of my favourite characters.

Sarah’s method of building a story like it’s a learnable formula demystified the process for me. That you build your story from freewriting before you impose structure and rules on it also freed me from the ‘shame’ of being a pantser versus an outliner/plotter. It allows you to write from your heart first and then use your head to edit it into a satisfying shape. Otherwise, I can share an amalgam of writing advice gleaned from mentors, and reading a lot about the craft of writing.

My favourite of the moment is author and professor John Dufrense building a story in his TED talk to show the audience how it’s done. Loosely paraphrased, he says: “write about what you don’t know because that engages your sense of wonder. You insist on meaning not answers, not to solve but to seek.”

So, after I’ve galloped off on a first draft with a character that engages me, because I write to understand how others feel and act when wrenches are thrown into their lives, I then ask myself questions. What do the characters want and what happens if they don’t get it? Why now, what is the impetus for the journey?

One last tidbit that I learned the hard way was to ALWAYS read your work out loud as a final edit because you hear mistakes that you can’t see when you just read it. Plus, it allows you to check if your dialogue is realistic, and hear how the writing flows.

What literary magazines (digital or paper) are you reading these days?

Since I also write novels and scripts, I’m reading Canadian literary novels and watching a lot of films. I also have subscriptions to a few short story magazines such as Grain, Room, and Prism.

Why does writing feel important to you right now?

Personally, writing feels important to me because I’m about to turn 50 so I’ve made this year all about finding my voice. My mother died at 49, and since I get to live longer than she did, it’s my duty to make it count. As a woman, I feel we come into our own later in life and part of that is learning to wield our power and not hide our light under a barrel. I wield my power through words. In the current political climate, it’s important that women share their special insights and empathy. We need to speak up and be heard.

How has being a Little Bird Contest winner changed things for you?

Little Bird gave me validation as a writer and more confidence. It was the most money I’d ever made from writing, even though I’ve had work published in the newspaper and magazines.

I went on to take The Story Intensive and mentored under Jennifer Manuel, whose first novel The Heaviness of Things That Float should be in the Canadian canon of required reading. I have had a few more publications since discovering Sarah Selecky’s courses and the Little Bird contest. The contest and courses gave me momentum.

What’s next for you?

After being chosen in 2016 as one of five emerging voices by the Writer’s Guild of Alberta, I completed a YA novel under mentorship with a local author that I’m shopping around to publishers. This year I had a story nominated for The Journey Prize and another story that apparently has made it past the first round of judging for the CBC Short Story Contest. So really, I’m just spending most of my time with my fingers crossed while making pagan sacrifices to the goddess of writing while practicing my speech ‘it’s just nice to be nominated’ in the event my stories don’t survive the competition. This spring, I took a screenwriting course through The Calgary Society of Independent Filmmakers and hope to finish my script of a menopausal mother/teenaged daughter, midlife crisis/coming-of-age road trip movie by the summer.

Susan holds an Honours English Degree from the University of Western Ontario, and a Creative Writing Certificate from the Humber School for Writers. In 2015, Susan took Sarah Selecky’s The Short Story Intensive. Chosen by The Writers’ Guild of Alberta as one of five emerging voices in 2016, Susan received mentorship to complete a YA novel that is currently making the rounds of publishers looking for a home.

Susan’s fiction and non-fiction have appeared in The Calgary Herald, WestWord Magazine, Freshwater Pearls Anthology, Little Bird Anthology, The Prairie Journal, and Loft112. Her short fiction has been nominated for the Howard O’Hagan Award, The Journey Prize, and came first-runner-up in the Little Bird Contest. By day, Susan works as an Associate Investment Advisor in Calgary, and by night co-parents a blended family of five boys and a chocolate lab.

By Sarah Selecky
Under Guest Authors
7 min read
The floor, the typewriter, and the story.
Stay calm, stay awake: all the good news of spring.
Like