How to get a story published (true story)

Last week, I received the best email about how to get a story published (a true story) from one of the writers in our community, Steve Forman. I forwarded it to the rest of our team right away. His story is so good, and his story about how the story became a story made us scream our support for Steve’s writing process.

There’s something important happening here, and it’s about writing with surrender and joy.

We asked Steve if it would be okay to share his email (and his excellent short story) with you — luckily for us, he said yes.

If you’ve ever submitted a story and received a form-letter rejection, you’re going to love this.

I've been submitting content to the national Mensa Bulletin for years (circ. 57,000). I've tried photographs, poems, and of course short stories for the annual fiction issue produced each September. No dice.

Over time, I have developed an email correspondence with the Bulletin Editor (Chip), and we have fun, we joke around.

In early August, I received an email from Chip informing me — and hundreds of other hopefuls like me — that my story had NOT been selected for this year's fiction issue. Unsurprisingly, it was a form letter.

I don't know what came over me, but in a moment of punch-drunk spontaneity, I fired off a snarky, playful email to Chip, thanking him for rejecting my story — in the form of a form letter.

He wrote back almost immediately, "This is hilarious! May we publish it in the Fiction Issue? It'd be a great Parting Shots feature for our last page."

Isn't it funny how things work? Stories I've spent weeks (if not months) obsessing over fail to ignite, while a quickly-dashed email that makes someone laugh could be all it takes. And that, students, is our lesson of the day.

Download Steve’s story, published in the September Issue of the Mensa Bulletin. (PDF) 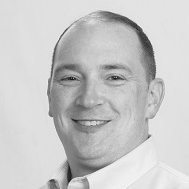 Stephen D. Forman is an award-winning writer. Regrettably, not one of his awards is for his writing. He has also been named One of the 20 Most Creative People in Insurance, which is not as made-up as it sounds, though it feels like being honoured as One of America’s 20 Quietest Auctioneers. A native Seattleite, Stephen shares a home with his incomparable wife, Sarah, and four furry troublemakers.

By Sarah Selecky
Under Writing Career, Guest Authors & Writing Advice
3 min read
On not having children, and having doubts.
Digital Minimalism.
Like

I just got my first rejection email today. I feel like an author! Thanks for the post as it put things into perspective. I write because I want to write. If nobody reads what I write I really don't give a sh*t.
Read more
Read less
Like Reply
Bev Moss Haedrich
Sep 24, 2018 01:12pm

I'm posting this in my office as a reminder to smile, even giggle, when the mailman drops a rejection at my doorstep. Hilarious! Thanks for sharing.
Read more
Read less
Like Reply
Antonia
Sep 24, 2018 02:01am

May my misfortune serve to cheer others: in a world of self-doubting Funniest Home Videos, I am a human whiffle ball shot to the crotch Thx Patricia!
Read more
Read less
Like Reply
Stephen D. Forman
Sep 24, 2018 06:26pm

Bev, if you keep up this giggling every time the mailman drops an envelope at your door, you're going to give the guy a complex! I can see him now: squaring himself back in the seat of his truck, wiping sweat from his brow with a shirtsleeve, checking his teeth in the side mirror for spinach, lifting his armpit to his nose for a whiff, then cheating one last desperate look up your walkway... only to find you laughing from behind parted curtains. The poor soul's gonna put in for a new route ; )
Read more
Read less
Like Reply
Stephen D. Forman
Sep 24, 2018 07:35pm

I believe it was the Buddha who said, "Fall down seven times, get up eight." Or maybe it was fall down 8, but get up 9. Or fall down 6, but get up 7. It doesn't really matter. It's the *persisting* part that's important. That, and the fact that the Buddha obviously suffered from undiagnosed vertigo, which everyone seems to be glossing over. Dude falls a lot.
Read more
Read less
Like Reply
Patricia Susan Wright
Sep 23, 2018 08:39pm

So glad this was shared! This is hilarious. I highly recommend all writers post this near their work space simply as a moral booster in times of self-doubt.
Read more
Read less
Like Reply
Ophira
Sep 24, 2018 12:01pm

This is hilarious! Thank you for sharing, Steve and Sarah. So true to life, and a good reminder to persist.
Read more
Read less
Like Reply
Anouchka
Sep 24, 2018 12:16pm

Loved the rejection form letter, Steve -- what a saucy and brilliant turn of the screw. Makes me finally want to start the submissions process in earnest; see what fun you can have...Why have I been worrying so?
Read more
Read less
Like Reply
Jule Gabrielli
Sep 26, 2018 09:47pm

"Saucy"-- I love it! Rejection needn't be miserable. I've got five rejection letters mounted and framed on my wall, and it's enough of a kick for me to say, "Wow, can you believe XYZ looked at my work?" I know how hard I worked to get that letterhead inside my house. (But the real payoff will come down the road, once I turn into a supernova of writing, an irresistible, unstoppable publishing force. Then I will exact my sweet vengeance on these five! I will crush them, crush them all!)
Read more
Read less
Like Reply